Meet some of our leadership

We are a friendly Spirit-filled group dedicated to reaching out to the community. Our humble staff and volunteer leaders have been involved in the community for many years, and they bring with them the ability to lead, to inspire and to care for the needs of all people in a Christ-like fashion.

Our goal is to be a light that shines to a world that is in need of direction and fullness of faith. Our leaders provide Lena Baptist Church with the inspiration and direction to reach out to people, committed to helping them grow in truth; one heart, one faith at a time. 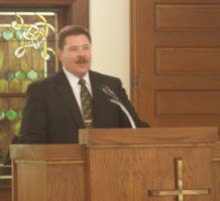 Bio: Pastor Ed started his ministry work as an associate pastor in Dayton, Ohio at the Linden Ave. Baptist Church. He moved to Lena along with his lovely wife Jennifer in January 2011.

Pastor Ed began serving at Lena in August 2010 as the Interim Minister and was formally installed as the Pastor in February of 2011.

Since coming to Lena, Pastor Ed has enjoyed the fellowship and friendship of so many in the community. He loves meeting new faces and has a particular affinity for families.

He and his wife Jenny have 9 children and have been foster parents to over 20 children as a part of their community ministry. 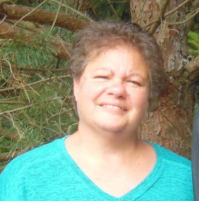 Bio: Kelly was elected to serve as both the Evangelism Team and the Commissions Team leader. Kelly has brought new insight and shares a Spirit led vision for the church in a vibrant way. Kelly and her husband Roger have 2 sons and a daughter-in-law. 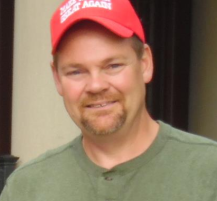 Bio: Roger has served as the Stewardship Team leader since 2014 . Roger has brought his knowledge of construction trades and business growth to Lena and has been instrumental in helping to spearhead the construction project begun in 2014 to help Lena with its expansion and remodeling efforts. He is currently married and has 2 sons and a daughter-in-law.

Bio: Terry has been a long time member of the Lena Baptist Church and has served in a variety of roles begining with Deacon for several years caring for the spiritual wellbeing of the "flock". Terry married to his beautiful wife Cindy and has 2 sons who are engaged, a daughter who is married and three grandchildren. 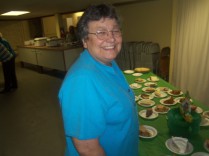 Carol has served in many positions within the church ofver the years. Carol currently serves as the Chairperson overseeing our building expansion project which when complete will triple the size of the campus!

Regular Hours are now offered virtually. All in-person meetings are cinducted via phone and video conferencing

Sunday School: All Classes begin at 9:30am